We are producing good where it is still very much needed.

Home / Blog / We are producing good where it is still very much needed.

We are on our way to Kiev. We stop outside Zhytomyr. At a gas station, a little girl in a white dress looks at her mother. The mother nods, giving the little one encouragement in what she is about to do. There is a fuel shortage all over the country. No one pulls up to the pumps, but there is a queue at the checkout for coffee and snacks for the journey ahead. The girl in the white dress holds out a chocolate bar in her hand towards an armed soldier. “Here, this is for you,” she says in a low voice. The perplexed young man with a rifle slung over his shoulder smiles and tries to get out of his predicament. The greatest rock stars would envy the recognition and respect given to the defenders of Ukraine.

We are approaching Kiev. Near Makarov we stop talking. There is silence in the car. Although the road has already been cleared, you can see the tragedies that took place here just a few weeks ago. The sight of the shelled houses and ashes remaining of what were the dreams of the inhabitants of the suburbs of Kiev stretches over the next few kilometres.

“The first two months were terrible. We slept in our clothes because the sirens were sounding every few moments. We ran down from the 10th floor, looking for shelter. We would meet our neighbours in front of the block and although we had nowhere to hide, it was easier to survive those terrible moments together,” Raja tells us. You can see the Zhuliany airport from her window. It is less than two kilometres away. “When bombs were falling, the whole block was moving, everything was shaking,” she says, gesturing with her hands.

Mrs Raja eventually could not take it any longer and, like more than 2 million inhabitants of Kiev, fled to the west. She stopped in Zhytomyr. “One day the sirens started going off there too. We ran down to the basement. There was a bang. Everything was shaking. We knew it had fallen nearby. When we went outside, all that was left of the 10 detached houses was rubble. My daughter stayed in Kiev. When things got really bad, she would call me to say goodbye. She did this every evening, for several days in a row…” Raja finally gives in to her emotions and starts crying.

We are staying in the flat next to Mrs Raja’s. “When the sirens go off, you don’t have to run anywhere. Nobody does that anymore. Stay away from the windows. The best thing to do is to gather in the windowless room next to the corridor, between two load-bearing walls. We all do it,” she explains, answering our questions about how to behave when the alarm goes off. We also already know that there is a curfew between 11 p.m and 6 a.m. and that people are not allowed to leave the building and that it is better not to use the lights in the flats too much.

What are we doing here anyway? We came to meet Yevhen, a former professional boxer who has been helping the weakest since the first hours of the war. Tomorrow we’re going to Bucha and Irpin, to see places that the whole world already knows. But then we will go further, to reach, thanks to Yevhen, those villages that no one has reached for weeks.

Follow our reports over the next few days. You will see how the Good Factory produces good where there is still a great need for it.

Join our fundraiser “To help Ukraine!”

Fund a set of hygiene products for women from Ukraine 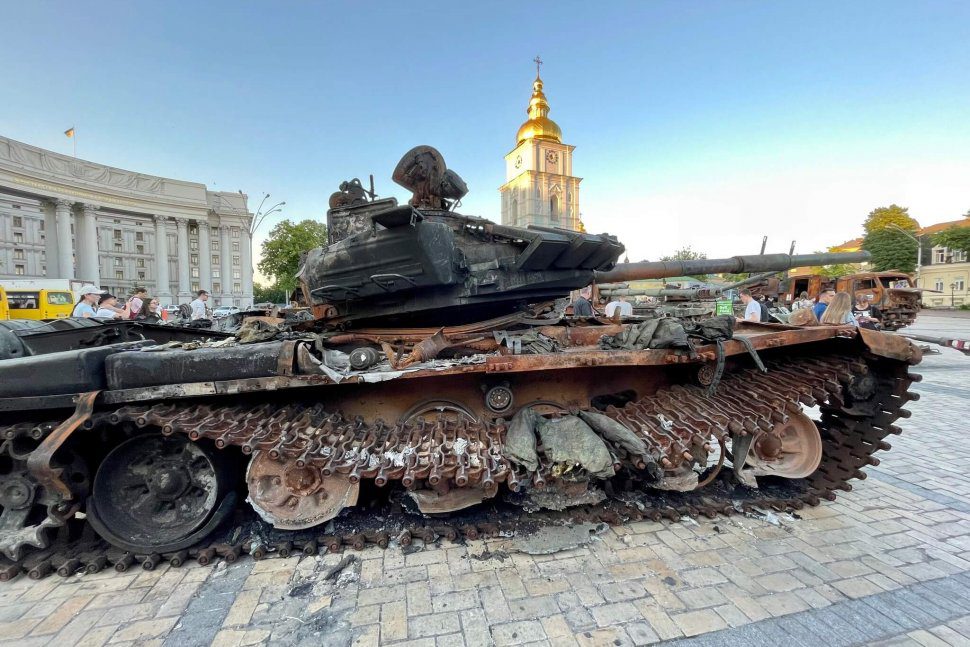 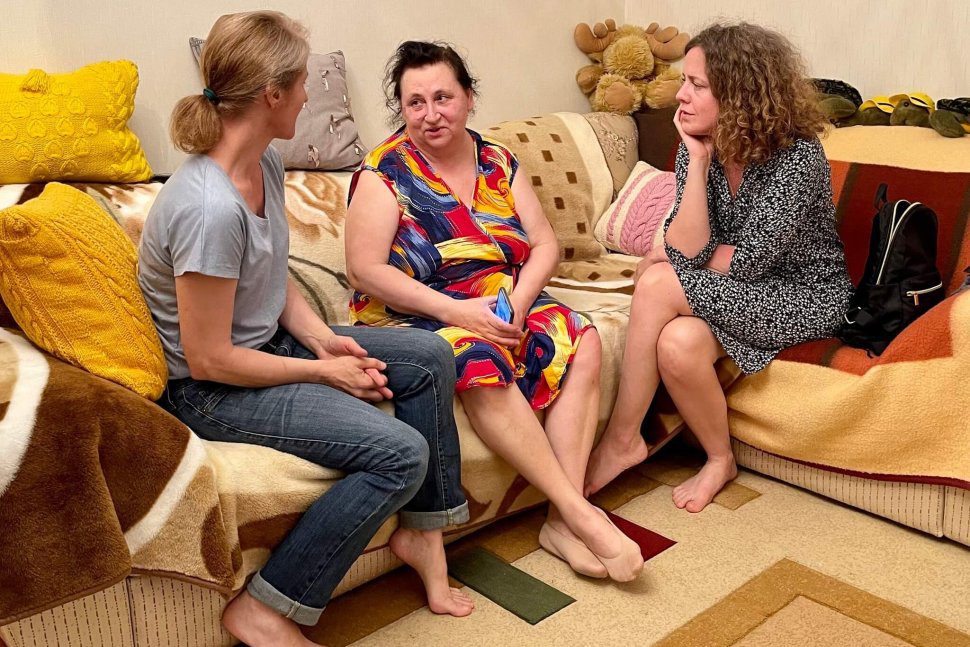 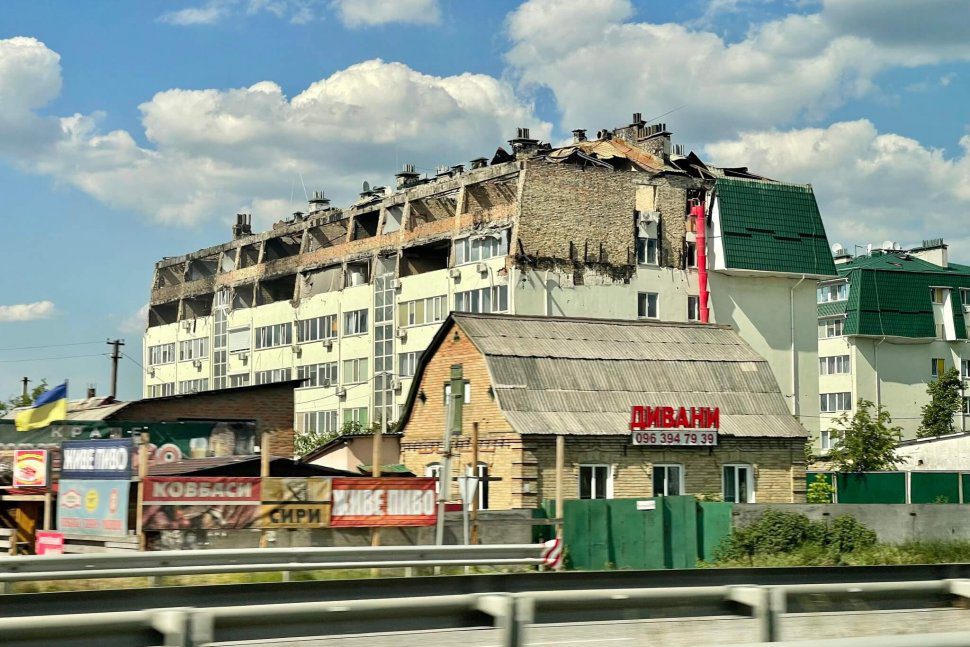 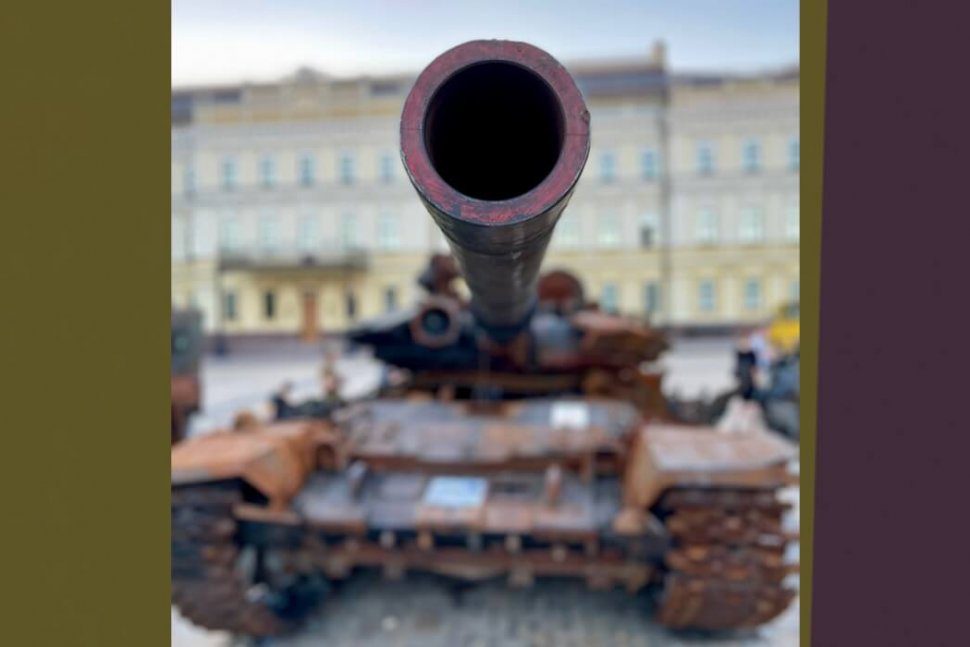 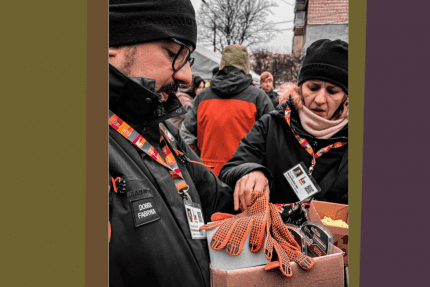 Let us not be indifferent to what is happening in Ukraine

Immediately after the explosion of a Russian missile in Wyszogród, we were at the scene with assistance. The missile was probably intended to destroy an electrical distribution station or a thermal power station. It destroyed the lives of dozens of families. Officially, 7 people died. Tonight I was woken up again by the sound of […] 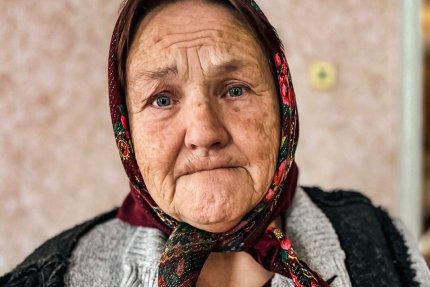 The Christmas Eve Plate of Good

The traditional Christmas Eve plate doesn’t have to stay empty at all this year…. 7 different stories – each seemingly with no way out, a lost cause. Behind each are thousands of people who, like our protagonists, have been brought to the ultimate brink of hunger, poverty, cruelty, rejection and a life without hope. Huruma […] 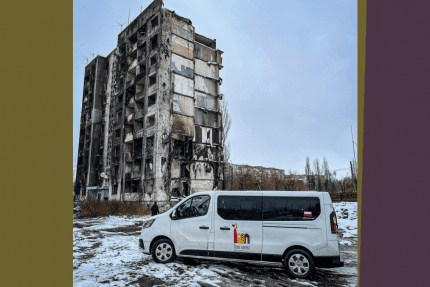 Donate a Warm Package for Ukraine

Do you remember our adventures with the van during the operations in the early days of the war? Bolt to bolt, and we lived to see a new, efficient and, above all, spacious vehicle, which now serves us in taking on new challenges. We returned from Kiev. Whole, healthy and even more focused on the […]