Sister Agnieszka runs the hospital in Ntamugenga located 70 km north of volcano-hit Goma, abandoned in the wake of a devastating volcano eruption. She has spent the last two days driving non-stop to evacuate locals who’ve been left behind. Along with Mapendo in a second car they drive to places that have been cut off by the lava to evacuate single mothers and their children.

During one of her recent trips, she was flagged down by a distressed cyclist who turned out to be a nurse evacuating a woman from a hospital in Goma. All taxis and motorcycles were taken so he put the patient with an IV still attached to her arm on his bike and fled the city at risk of another eruption. Unfortunately, the patient suffered a severe hemorrhage and lost consciousness. The nurse tried to get a ride from others fleeing Goma but to no avail. By the time he stopped Sister Agnieszka, he was sure the woman had passed away and was looking for help in transporting her body.

The patient’s name is Furaha and she is alive and well! Once she was brought to the car, it turned out she was still breathing. Sister Agnieszka immediately turned around the car and notified doctors in Ntamugenga that she was on her way back with a patient in a critical state. The very next day, Furaha started sitting up and eating. She is now up and walking around the hospital corridors with a huge smile on her face! All thanks to the lightning speed with which sister Agnieszka and the medical team reacted. With your support, we buy IVs and transfusion blood that save lives every day.

Furaha’s name means joy – and joy is what we felt today when we saved Furaha’s life. The picture shows the two women who were brought together by fate under the burning Nyiragongo volcano. The miracles we are able to facilitate in this tragedy-stricken part of the world serve as a welcome reminder that our presence here is still needed.

BUY AN IV FOR A PATIENT

HELP A MALARIA VICTIM GET TREATMENT

FUND ESSENTIAL MEDICINE FOR THE HOSPITAL 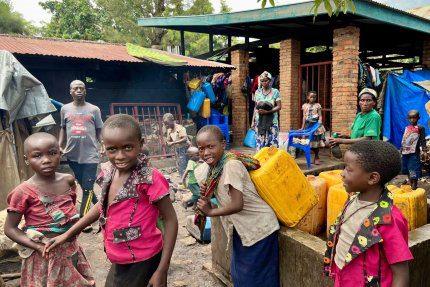 Over the weekend we fought a battle for water

The cesspit has erupted. Unfortunately, literally. Torrential rains and rushing streams instantly clogged the drains, washing all the objects, leaves and branches they encountered into them. Nature has placed a biological bomb right in the middle of the village, as if the bombs waiting in the barrels of the tanks a few hundred metres away […] 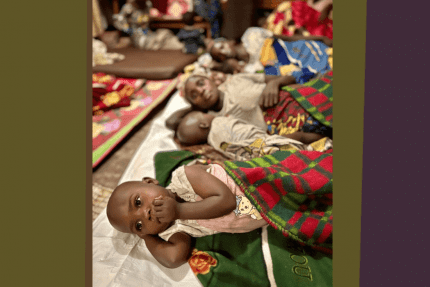 A lack of water does not just mean drought

A lack of water does not just mean drought. Heavy clouds have just swept over North Kivu, causing everything, including sewage to pour out in rushing streams. We are moving to the rescue of our hospital, which is on the brink of a humanitarian disaster due to warfare and no access to water, medicine or […]

Let’s do everything we can to save them!

Are there still some among you who have not taken the time to tell others about what is happening around our hospital in Dem. Rep. Congo? Can we ask you once again to share the latest news that has reached us and support the urgent fundraiser to save our charges? The living conditions of refugees […]