We love the last moments of the year because it’s when everyone starts feeling more brave and willing to talk about not just the difficult times they’ve been through but also the good things that happened to them over the course of the last 365 days. Today, we’d like to share with you the many reasons why you should be proud and how much good we have created together at Good Factory. 2019 wasn’t just GOOD, it was GREAT!!

We’ve written up a summary of all activities until December 20. Ready for some hard numbers? Buckle up!

With these funds we paid for 17,205 consultations in our outpatient clinic. We also cured 11,874 people from malaria, including 6,255 children under the age of five. We hospitalized 4,071 patients. Doctors stood at the operating table 453 times. They also performed almost 2,000 minor procedures and vaccinations. Oxygen therapy devices operated for a total of 4,000 hours. None of the patients paid even a penny for oxygen.

We performed 742 blood transfusions. We did not turn anyone away even though the year-on-year price of one bag of blood has nearly doubled.

We equipped the hospital with new antibacterial lamps, a cardiac monitor, anti-bedsore mattresses, CTG, new photovoltaic equipment, splints for limb injuries, laboratory reagents. We also installed showers for people with disabilities. We purchased and are in the process of delivering to Congo a field hospital consisting of two main tents, comprehensive lighting and several dozen camp beds, which can increase a hospital’s capacity in crisis situations.

We saved 1,000 children from hunger disease. We trained 860 guardians in the basics of nutrition and home garden cultivation.

Our hospice in RWANDA received a total of 102,700 EUR (440,000 PLN) thanks to you. We maintain the only such institution in the country, covering the costs of staff salaries, medicines and nutrition. We looked after 27 palliative patients. We pay for the tuition of 20 children of employees and deceased patients.

The agricultural project in BURKINA FASO was boosted by an investment of over 100,000 PLN into a professional irrigation system.

We expanded its area by one hectare, providing nearly 3 hectares of land to the poorest families in Gourcy.

Due to the dramatic situation caused by a changing climate and an ever-shorter rain season, we support 40 families by providing them supplies of corn, soy, rice and oil. We also bought school supplies for their children.

We continued our 3-year tailoring training program, at the end of which 20 young women will receive a professional certificate. We also offered literacy courses – we teach writing, counting, and the basics of French. We sent a total of 58,900 EUR (over 250,000 PLN) this year to Burkina Faso

3,200 patients visited the pharmacy in TOGO. Thanks to you, each one of them was able to fill their prescriptions in exchange for just a bowl of corn.

Our vocational school for girls in Dakar, SENEGAL has been going through a dramatic overhaul. We spent 39,550 EUR (170,437 PLN) on tuition for 56 girls. Thanks to a grant from the Ministry of Foreign Affairs we received as part of the 2019 “Polish Development Assistance” competition, we renovated the entire school and purchased equipment for the kitchen as well as the classroom.

There is also a new car parked in front of the school. Previously, Foyer did not have a means of transportation. We sent a container full of sewing machines, professional embroidery machines, and a structure of a wooden house that can be used as a sewing room. Unexpectedly, this structure became a tourist attraction in Dakar. We used the grant of 654,525 PLN for this.

Our  mental health outpatient clinic has been thriving in Hangzhou in CHINA. We donated 59,720 EUR (more than 250,000 PLN) towards this. We helped over 3,000 people obtain psychological help.

Our nutrition center in MAURITANIA, which we began supporting in 2018, has brought back 354 children from the brink of starvation. In addition to our work fighting malnutrition in children, the center also provided assistance to a dozen or so people with disabilities. The Franciscan Sisters received 23,683 PLN towards this goal.

In 2019, we also launched our new project in Bangladesh. We provide aid in the largest refugee camp in the world. We built and equipped an activity center, which acts as shelter as well as a space for educational development for 70 children aged 3 to 6.

We host tailoring, English and computer skills workshops for teenagers. A total of 108 people are enrolled in these. Each month, more than 300 young people spend time in a library we funded, while 150 parents have participated in our positive parenting workshops.

For a few months, we’ve also been providing aid to children from the Moria camp on the GREEK island of Lesbos. We’ve managed to donate 95,000 EUR (412,558 PLN) towards this goal.

Thanks to your support, each week we prepare and distribute over 2,000 meals to the underaged and unaccompanied residents of the camp We also host culinary workshops for 30 young people.

We bought warm jackets and shoes for 16,663 PLN for the Warsaw homeless.

We spent 161,978 PLN for medicines, bandages and medical equipment – that’s more than THREE TIMES AS MUCH as last year!

We have so many ideas for the new year that we can’t wait for 2020. We really are just getting started! Hopefully, we’ve managed to convince you that your 5 PLN actually amounts to millions, which in turn do a lot of GOOD. In 2018, our High Five! program brought in on average 36,000 PLN in donations a month. This year, it brought in 100,000 PLN, nearly THREE TIMES AS MUCH!

THANK YOU FOR THIS YEAR! We’re heading into the new year full speed ahead. Share this message with anyone who doesn’t know this yet – DOING GOOD is simple.

ALL THE BEST IN THE NEW YEAR! 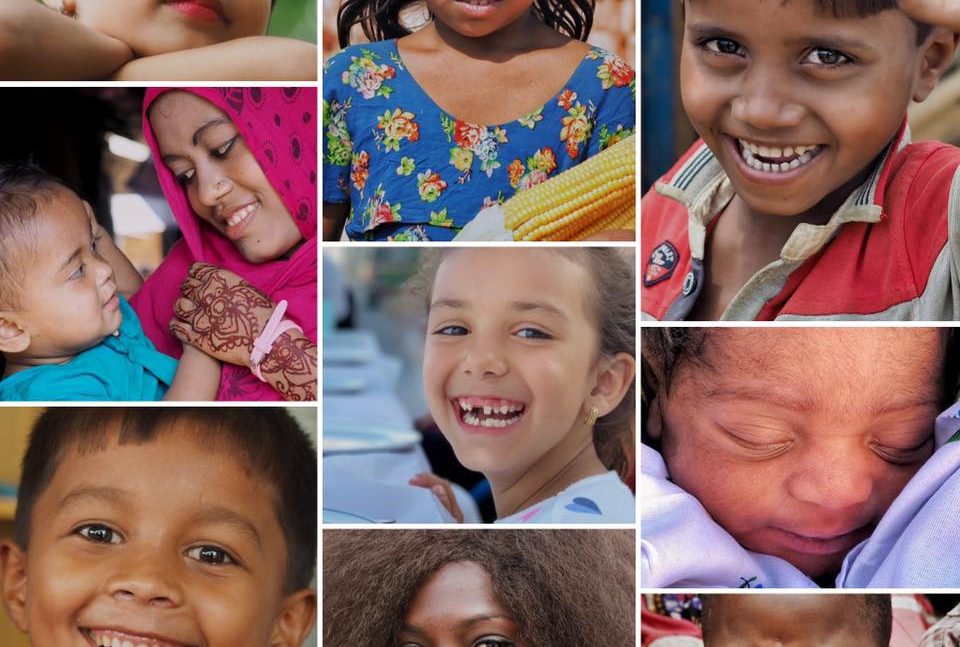