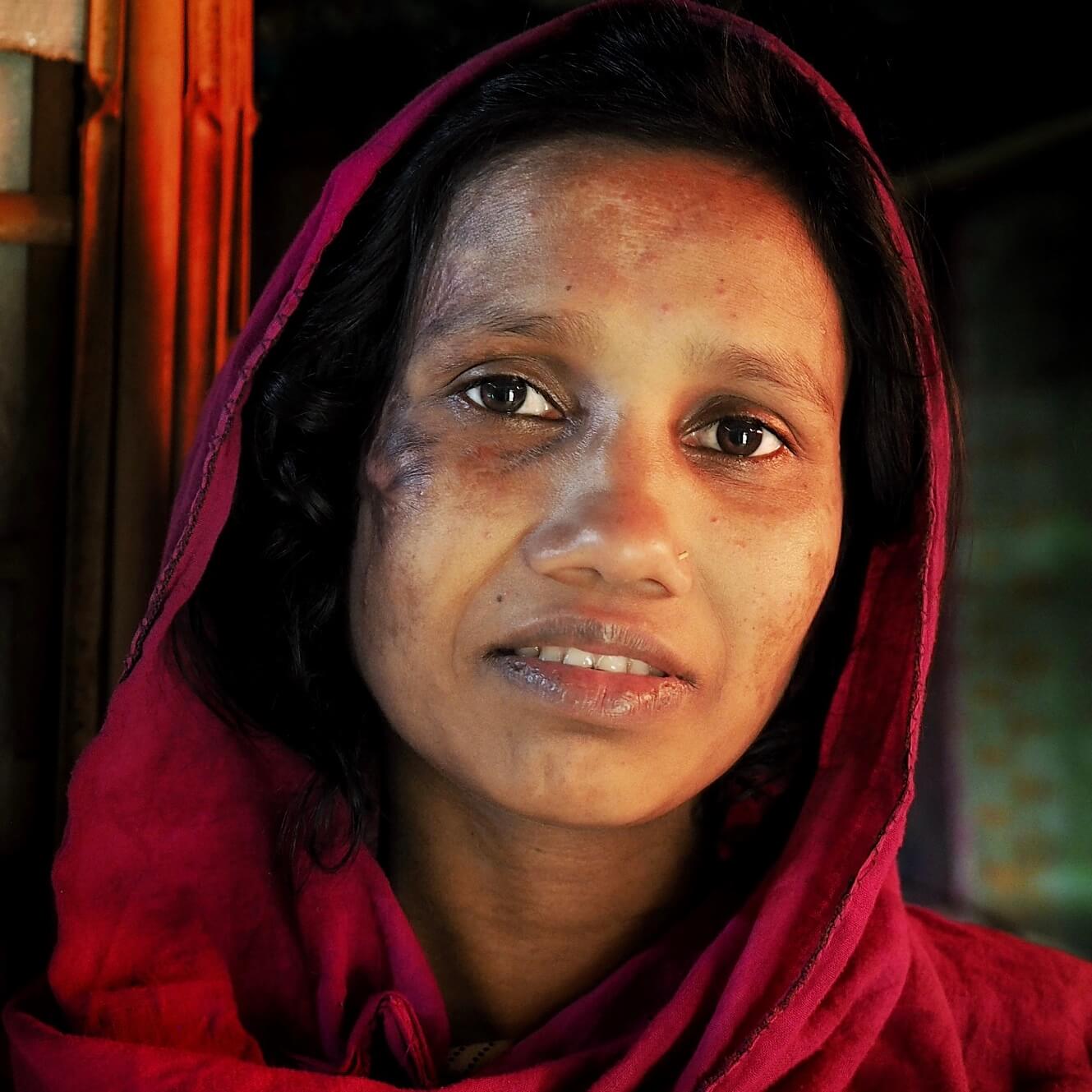 Help for refugees from Burma

During a show action of Burmese generals known as an “anti-terrorist operation”, which was nothing but an ethnic cleansing of the Muslim Rohingya, an unspeakable tragedy took place in the village of Tula Toli. The soldiers came to the village in the afternoon. They burned houses and blew them up with grenades. Men were shot, women raped and beat unconscious. Several hundred inhabitants lost their lives, including many children. Momtaz Beghum, a mother of four, survived. She lost her husband and three sons, aged 3, 5 and 11. She told us about scenes from the worst nightmare, repeated rapes, murder of her loved ones before her eyes; afterwards, the murderers wanted to burn her alive with 50 dead bodies. Unconscious Momtaz was saved from flames at the very last moment by her eight-year-old daughter. Today, both of them live in the biggest refugee camp in the world. They have no citizen rights, they cannot even leave the camp. Like everybody else, Momtaz receives 30 kg of rice, oil and some lentils every month. That’s all. The rest they have to earn for themselves, but people like Momtaz are not able to work – burned and cut with matchets, she can’t even leave the hut that the neighbors have built for her.

There’s more people like Momtaz. We want to help them. We will not restore their rights or give them a citizenship, but we can help them regain their dignity, alleviate their hunger and suffering.

Together with the editorial staff of Tygodnik Powszechny, we want to support those who survived. These people have escaped hell, they have seen and suffered too much in this world. We want to diversify their diet, strengthen their bodies, weakened and injured by the torturers. We will help them get basic equipment for their tents: gas burners, sleeping mats, blankets, firewood. We will also do our best to give them better access to medical aid.