This is Adrian. Many of you may remember him, but if not, his story is worth getting to know.

Last spring, we admitted a new patient to our hospice, Claire, a 36-year-old mother of six, in a terminal stage of cancer. Initially shy, she did not want to talk about herself but, like with many of our patients, we soon gained her trust and she began opening up to us in response to the warmth and attentiveness she felt from our staff. Once Ernestyna became her trustee we learned that Claire was a mother of a little bunch of children who lived with their father in the suburbs of Kigali, and that she worries more about their future than her own. That day we went to meet them and saw them living in a space that looked like a broom closet, without any windows, flooring, running water or electricity (see pictures). The family had no food and slept on the ground, sometimes, during rainfall, in mud created by holes in the ceiling. The family was not able to afford two meals a day and a visit to the hospice, where their mother stayed at, located a few kilometers away, was an expense that was not in the realm of possibilities. We were able to satisfy their immediate needs but we also found out that Claire’s only son, 10-year-old Adrian, had run away from home due to hunger.

Following two months of search efforts, we heard about a boy who fit the description of Adrian and was located in a government center for homeless children, one-and-a-half-hour drive away from Kigali. We set out to find him. Once we got there, we were greeted by the director who told us about a boy stopped by the police a few weeks back after police noticed him wandering the streets and sleeping under the bridge. While waiting for the boy to come out, the director had nothing but praise for the boy, telling everyone how polite, intelligent he was and how he was only one of the few hundred boys under his care who had no run-ins with the law nor experience with drugs and alcohol. And while at that point we had still not seen the boy, we were certain that the director was talking about Claire’s son, that he was here and that we would meet soon.

Moments later Adrian fell into his father’s arms. He happily went back to Kabuga with reunite with the rest of his family. On the way, he talked about his life on the streets. He initially had to ask passersby for food. One day, he approached a woman who was carrying a large load and offered his help in exchange for food. Maria turned out to be the owner of a restaurant. The boy won her overwith his sincerity and kindness. She fed the boy and told him that he can always come back for a meal. While his friends from the street were stealing and selling loot on the streets to earn money for food, the boy benefitted from his friendship with Maria. He steered clear of bad company and stayed out of trouble, but he didn’t avoid the police. One day, as he was waiting for a meal outside of Maria’s restaurant, he caught the attention of nearby police officers who arrested him and, in line with police procedures, took him to a nearby detention center, not bothering to look for his family and home.

Adrian’s journey ended happily – in his mother’s arms. Claire’s wishes finally came true. It was obvious that her missing son had been her biggest source of worry and that she would not rest until she was certain that he was safe. A few days after finding her missing son, Claire’s condition deteriorated suddenly. She died on August 20, 2017 at just 36 years old.

Our hospice not only offered her attentive care, we also assured her that we were looking for her son and helping the family break out from extreme poverty. We promised Claire that we would look after her the whole family and help them get back on their feet. We support them to this day. The kids are safe and attend one of the best schools in Rwanda. We’ve rented a house for them, providing them with their own safe space and decent living quarters. Oliwa, the daughter of Speciozy, another well-known hospice patient, also lives with them.

Today, running away is no longer on Adrian’s mind. All the children are well-fed, have decent living conditions and were able to get their childhoods back. In fact, they’re doing so well in school we constantly hear praise from their teachers. Adrian is a straight-A student who passes all his exams with flying colors. A few days ago, Agnieszka and Dawid, who support the High Five project and were able to see with their own eyes the power of your High Fives, met up with him. This is your doing. Such stories happen thanks to you and the support you provide as part of the “High Five us” project. 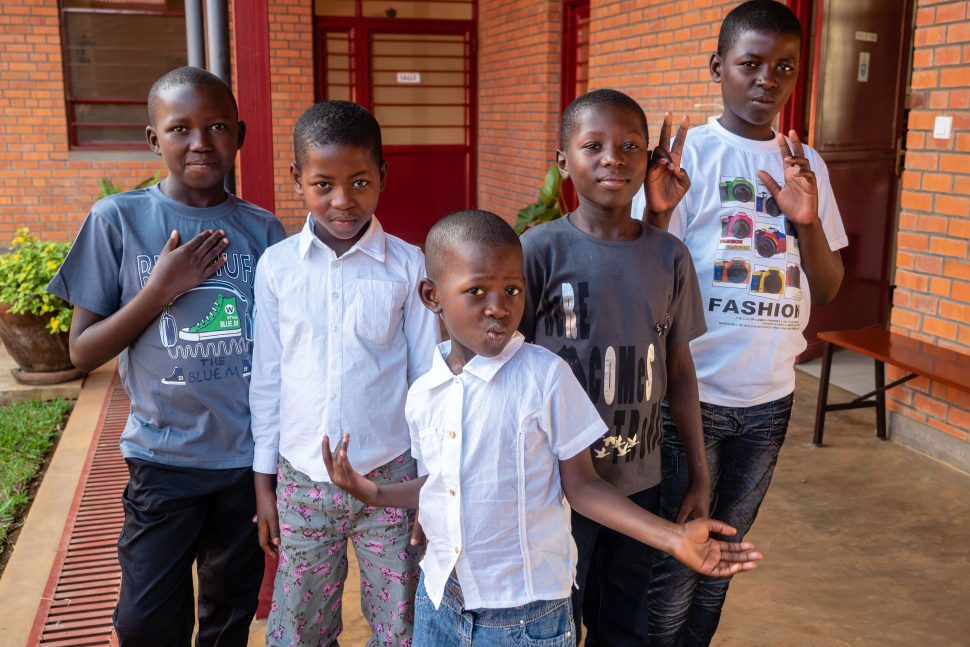 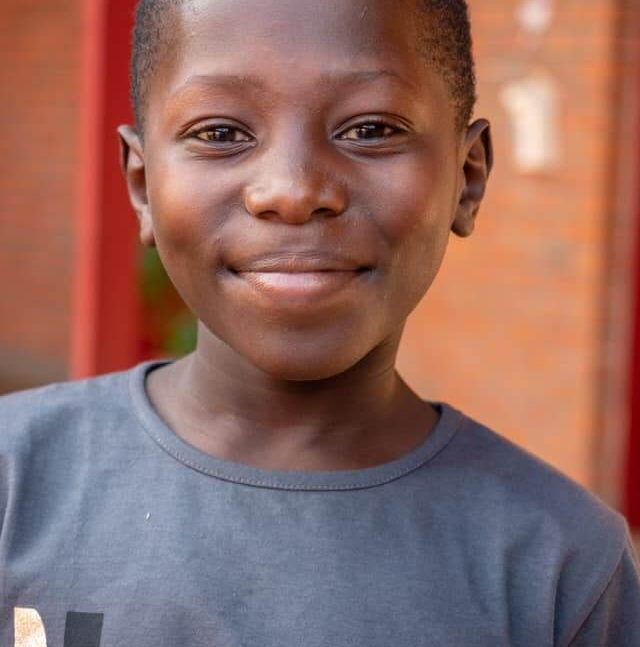 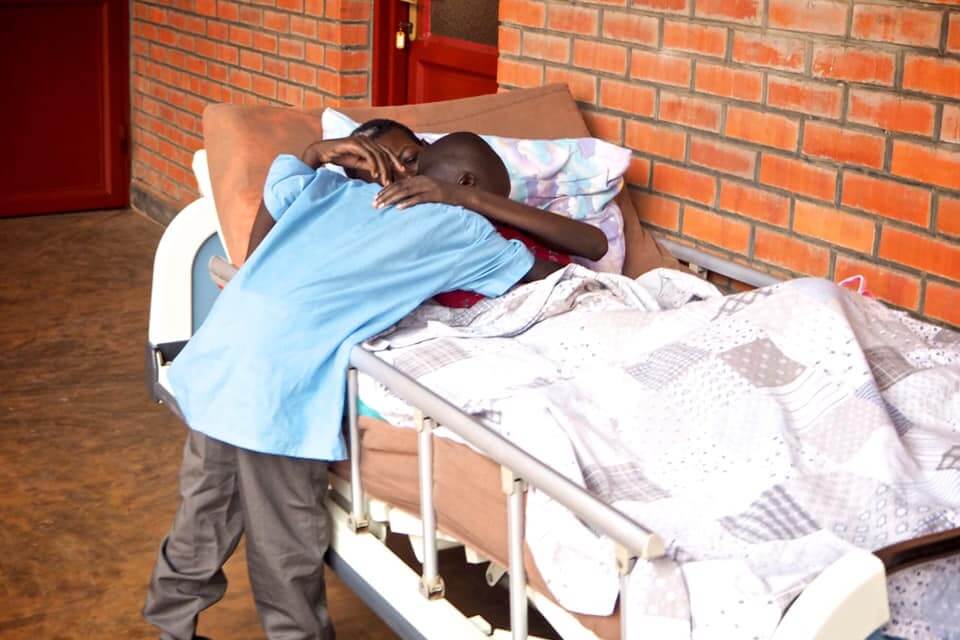 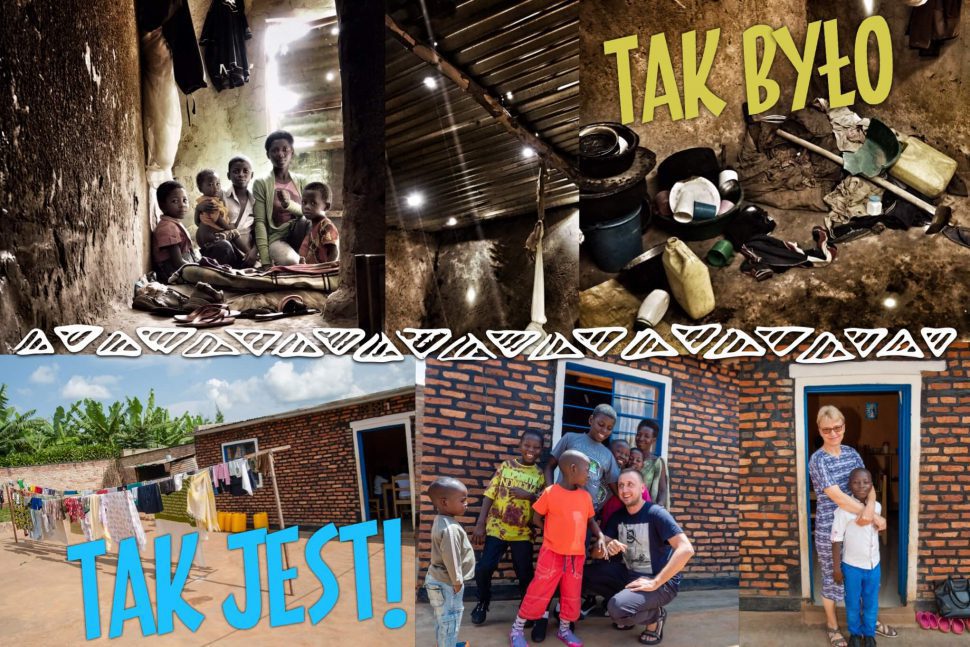