The first supply of therapeutic milk has arrived in Congo!

Home / Blog / The first supply of therapeutic milk has arrived in Congo!

Logistically, this has been one of the most difficult situations we’ve had to deal with in the history of Good Factory. The situation in areas near our Congolese hospital has been getting worse for months. The number of mortalities increases steadily (in July of last year, for example, one of our nurses was killed).  In addition, the largest Ebola epidemic in the history of Congo is raging nearby.

In November 2018, it turned out that local organizations operating in North Kivu would no longer finance the supply of therapeutic milk, necessary for children suffering from acute hunger and malnutrition, which we treat at the center at the hospital in Ntamugenga. And since there will be no imports – we will not have anyone to get this milk from.

Northern Kivu is not a place with very many stores – in fact, not a single store exists here, so everything we need arrives via suppliers. The worst case scenario here is, indeed, very bad – we would have to start sending children away, who would most likely die.

We immediately began exploring the possibilities of resolving the crisis. Initially, we thought that we could import milk from Burkina Faso, where we also operate and where we had tracked down a manufacturer of this specific product. However, the factory hadn’t started operating yet and for the time being only sold goods imported from France. This path led us to a manufacturer in France. We calculated the costs of transport, which turned out to be lower than from Burkina Faso as well as Kenya). We bought the first batch, organized an air shipment, and finally, just two days ago, the first transport of F-100 and F-75 milk arrived in Goma and was then delivered to Ntamugenga! 100 kg of therapeutic milk is enough for the next few weeks. The next transport is set to take place soon.

In the meantime, in December, the Dominican Academic Chaplain “Beczka” from Cracow organized this year’s edition of its “Cake for a cake” campaign just to support our “dairy” campaign. Sales of delicious cakes and auctions helped raise an impressive 103,813 PLN for our milk supplies nutrition center in Congo! None of this is cheap but thanks to you we were able to start these activities as well as continue to maintain, develop and improve our delivery system.

In Ntamugenga, the arrival of the first transport brought with it great joy. “There may be diamonds and gold in the ground, but for us the most valuable resource is a palette of milk” writes sister Agnieszka. “In recent weeks, we have seen a lot of new patients with severe malnutrition. These are refugees from the north of the country, which has been taken over by violent fighting. If it wasn’t for the milk supply, we wouldn’t be able to save them. In the acute phase of hunger disease children receive therapeutic milk, either F75 or F100 depending on the needs of the body. They cannot take any other food with it. Every 3 hours on the dot, including at night, each child receives a carefully weighed out dose. This stage of the disease is extremely dangerous and therapeutic milk is irreplaceable, so we cannot run out of it. “

This is one of the people you saved. Jacob was born in North Kivu near Nyanzale, a region known for violent battles between rebel affiliations. He has had to flee his home many times in the last 20 years, as has everyone else. After some time had passed, he would always return. Recently, rebels kidnapped and later murdered his wife. That was the final straw for him. He didn’t return home. Fearing for his life and the life of his two-year-old son, he decided to emigrate.

Jacob wasn’t able to take good care of his son. He did not know what meals he needed and he wasn’t always able to get the boy anything to eat. Little Pierrot developed malnutrition. Local health centers were not able to help him. Jacob’s father only learned about Ntamugenga when son’s condition had already gotten very serious.

Every day, several dozen kids come to our rescue center looking for help. Thanks to you, we we are able to save all these children from starvation! Thank you to all who do not forget about the importance of regularly reaching for therapeutic milk in our dobroczynne24.pl (GOOD 24/7)! You are doing an AMAZING job!

A therapeutic meal for a child with malnutrition 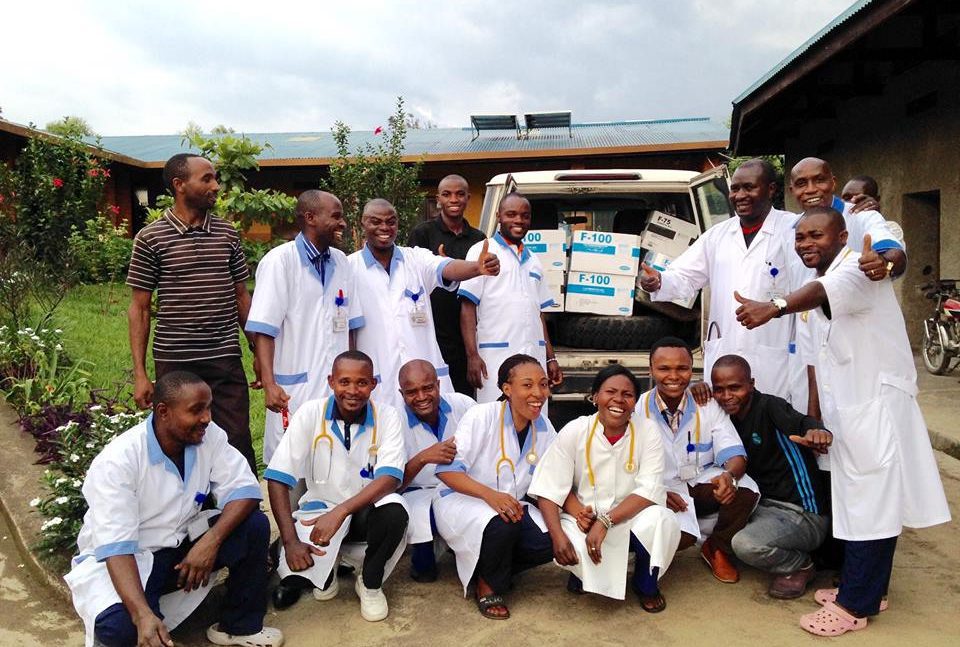 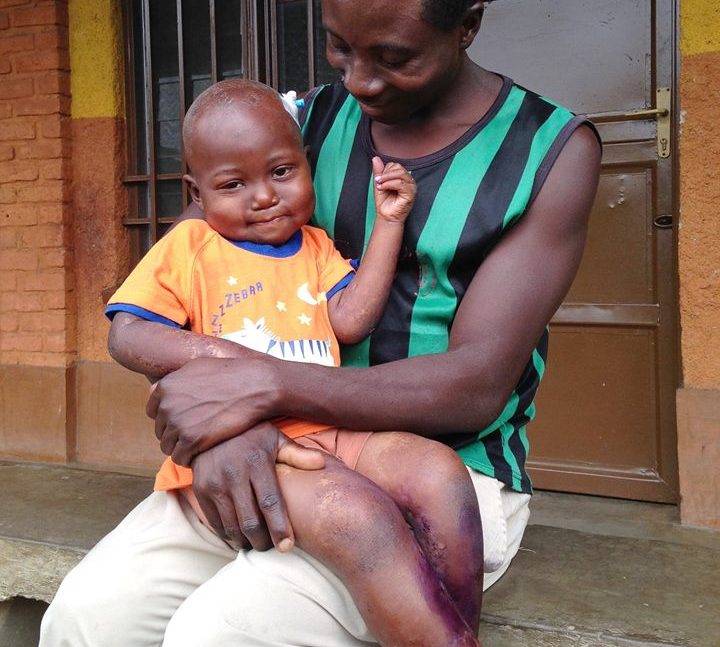