Home / GoodWorks 24/7 / A diet for Marcel, who has sickle cell anaemia 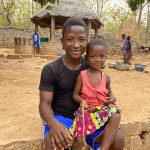 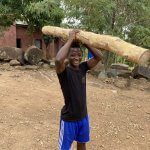 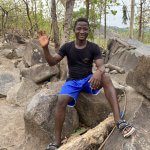 A diet for Marcel, who has sickle cell anaemia

Did you know that in some parts of Africa over 40% of people carry a faulty gene which can cause their children to develop sickle cell anaemia?

Sickle-cell anaemia is a blood disorder that is rare in our country and mainly affects people of African descent; as if there were not enough misery in that part of the world already. The disease is hereditary and cannot be prevented. One of the victims of this ruthless condition is Marcel, now a final-year high-school student. The anaemia causes him to suffer from recurring attacks of joint pain and excruciating headaches. Painful boils develop on his legs and every physical effort leaves him breathless, which is not helped by the dense, hot African air. The most serious consequences of sickle cell anaemia are strokes, which are often fatal.

Marcel has been coming to the St. Fridolin pharmacy in the village of Saoudé in northern Togo for many years. The pharmacy only exists thanks to you. Tackling the mountains, harsh climate and extreme poverty, people here cannot afford any medicine so they come to us with their prescriptions and get everything they need. The standard payment is… a bowl of maize, sorghum or other grain. This food is stocked up and distributed to those who have nothing to eat during the dry season. Marcel knows that he can always count on support and help here.

The pharmacy does not just dispense medication. Our on-site staff also understand the importance of a balanced diet in treating illness. Unfortunately, there is still no effective cure for sickle cell anaemia and only symptomatic treatment is possible. However, we can make Marcel’s life MUCH more comfortable by providing him with, in addition to medication, a diet rich in iron: red meat, liver, green vegetables, eggs and fruit.

For Marcel, who has to survive on less than 10 PLN a day, this is an unimaginable cost. A balanced diet to restore his well-being would cost twice as much. Let him forget about the pain and enjoy his youth with a perspective of independence in adulthood. Marcel has his final exams ahead of him. He dreams about university. We really want him to be able to focus on his studies, especially now, at such a crucial time for him, so that his health does not hinder his plans. Support Marcel’s diet for sickle cell anaemia and watch him become a healthy young man.