Care Packages for Newborns at the Lesbos Camp

Home / I want to help / Care Packages for Newborns at the Lesbos Camp
Donate
We already have
12,247 EUR
Donate
Donate
Share

Fatima is 12 months old. When she was born, her parents had already been displaced after fleeing Afghanistan. She was just two months old when they arrived at the Turkish coast from  where Lesbos seemed within reach. A few weeks ago, Fatima was forced to, yet again, flee danger when the fire at Moria broke out. Fatima’s only home has been the camp. She doesn’t have toys, diapers, food or other essential items. We met this family while handing out meals to pregnant women and the sick. Thousands of people at the camp have similar stories.

We’ve been trying to establish the number of children at the camp since this morning. An impossible task – the registration system doesn’t work so no one can provide the numbers that would help us estimate the scale of the issue and prepare accordingly. We were only told that there are more than 2,000 children under the age of 10 at the camp. “More than” could mean twice as many. The camp seems to be full of young children.

In addition to meals we also brought diapers and baby formula. Today, as we were trying to locate a family that had asked us for help yesterday, we encountered another. “I have a 3-month-old child. I don’t have anything to feed it with or clothe it in. I am running out of food and my daughter won’t stop crying” the woman despaired. She begged us not to forget about her and made sure we took down her tent number. She said she’d be waiting for us – we’re her only hope.

Children are everywhere. Some play with the donated bikes and toys, others seem to struggle with their emotions and can be seen distancing themselves from their peers and crying. Dealing with trauma requires the right support and the space to heal. The camp offers neither. Even before the fire at Moria Doctors Without Borders warned that the number of children self-harming at the camp was up by 40%. Counsellors working with the children said they’d never expected to hear a 6-year-old say he doesn’t want to live anymore.

Don’t believe you cannot make a difference. Your support helps us provide care packages with diapers, milk, items of personal hygiene as well as essential items for newborns.

We are doing our best to prepare as many care packages as possible but we need your help. We cannot do it without you! 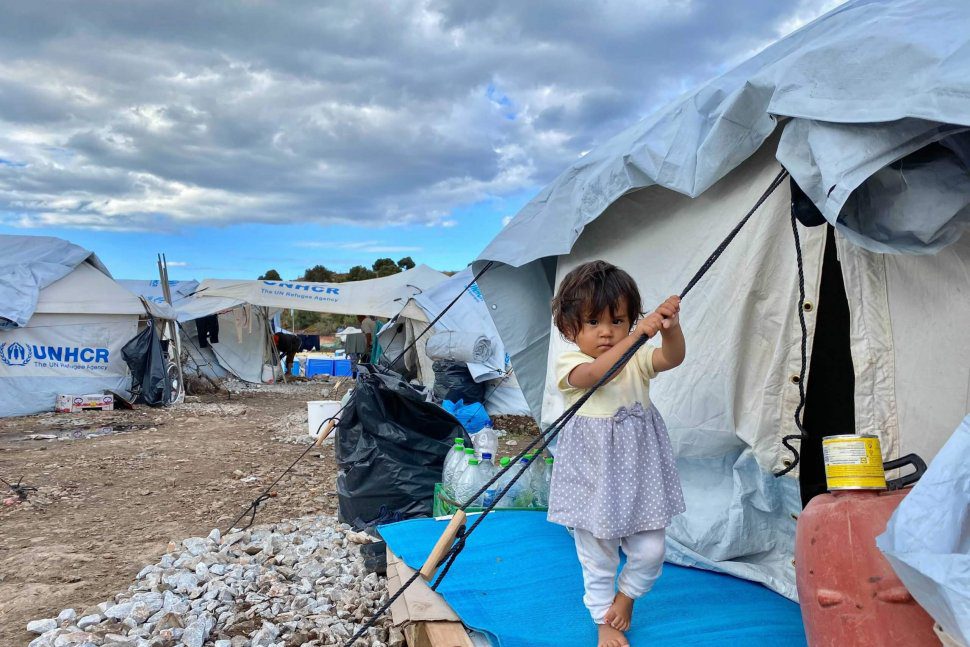 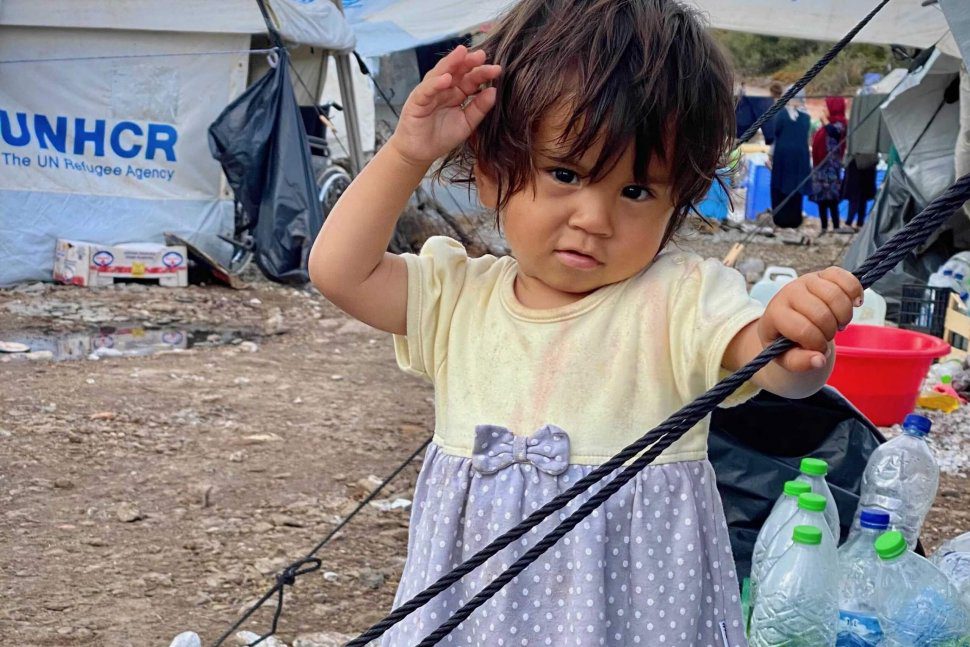 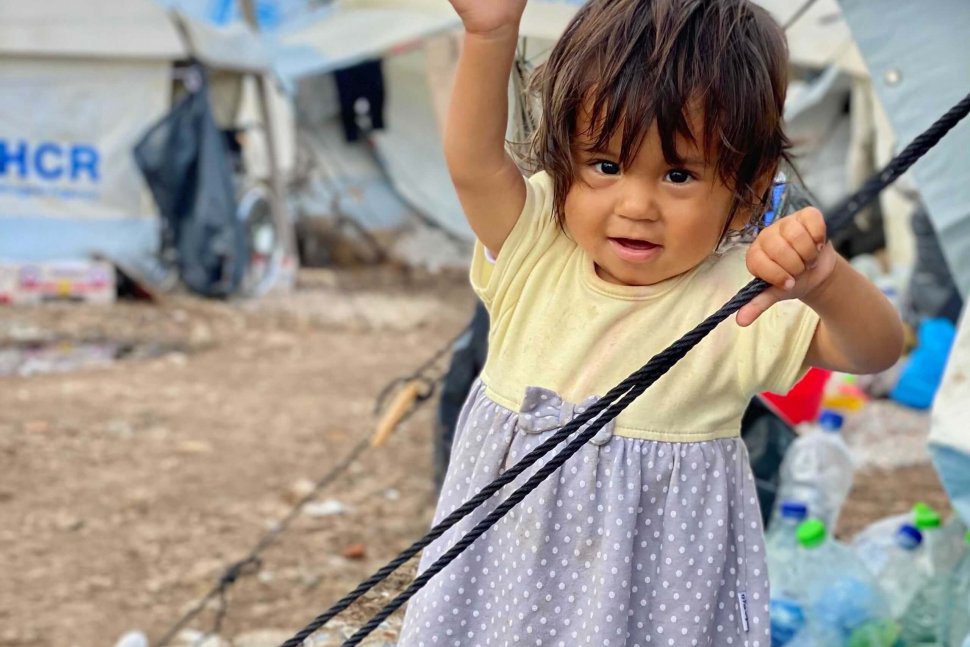 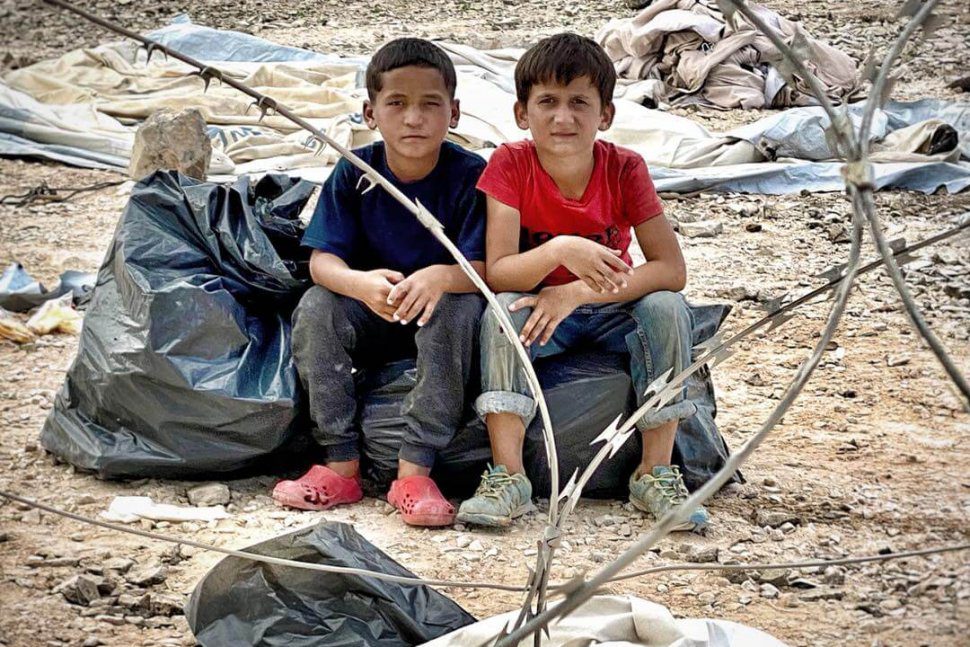 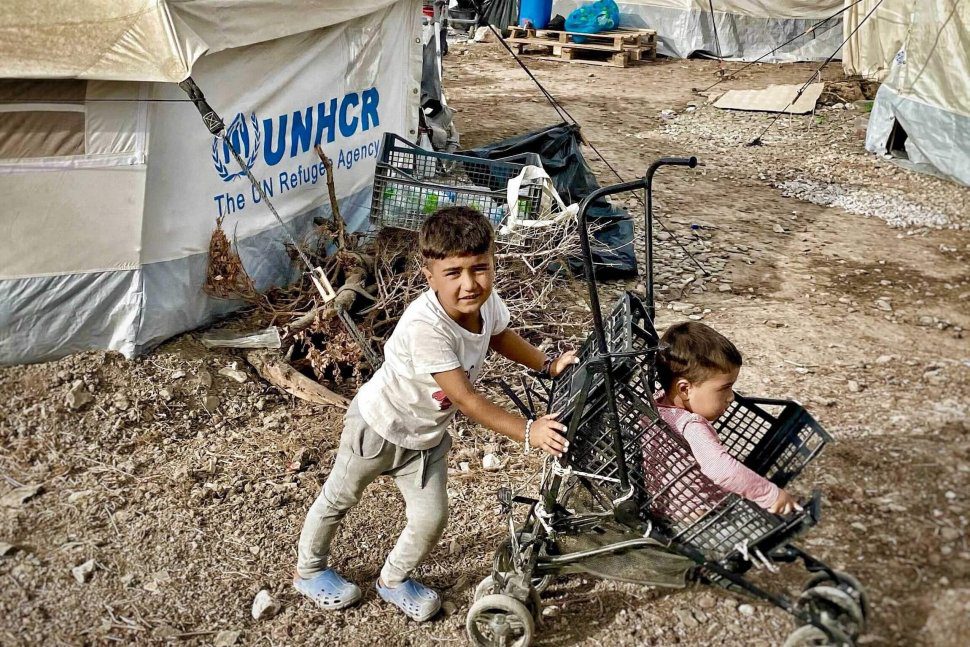 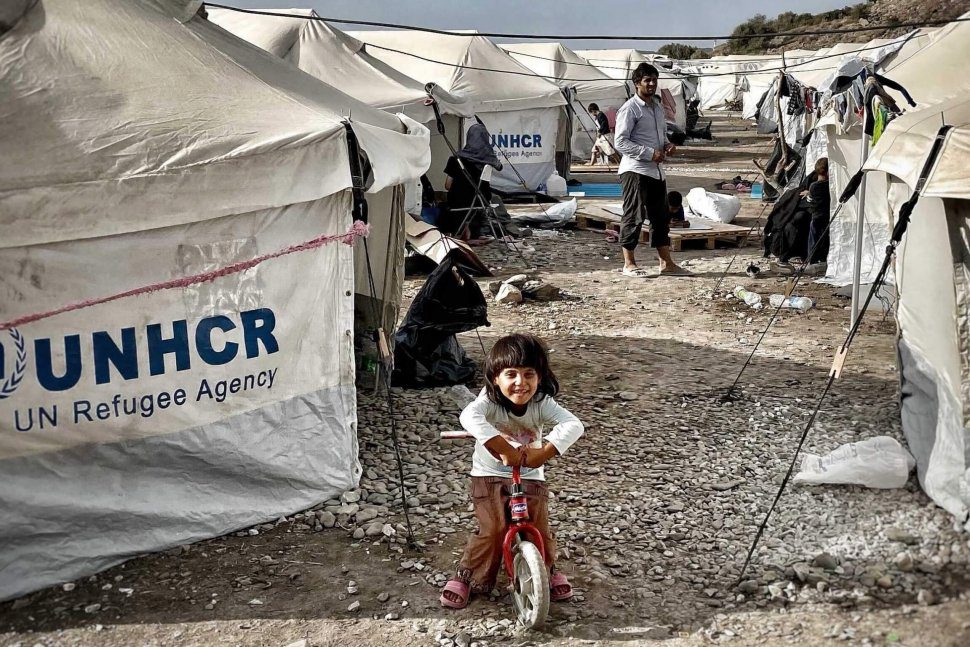 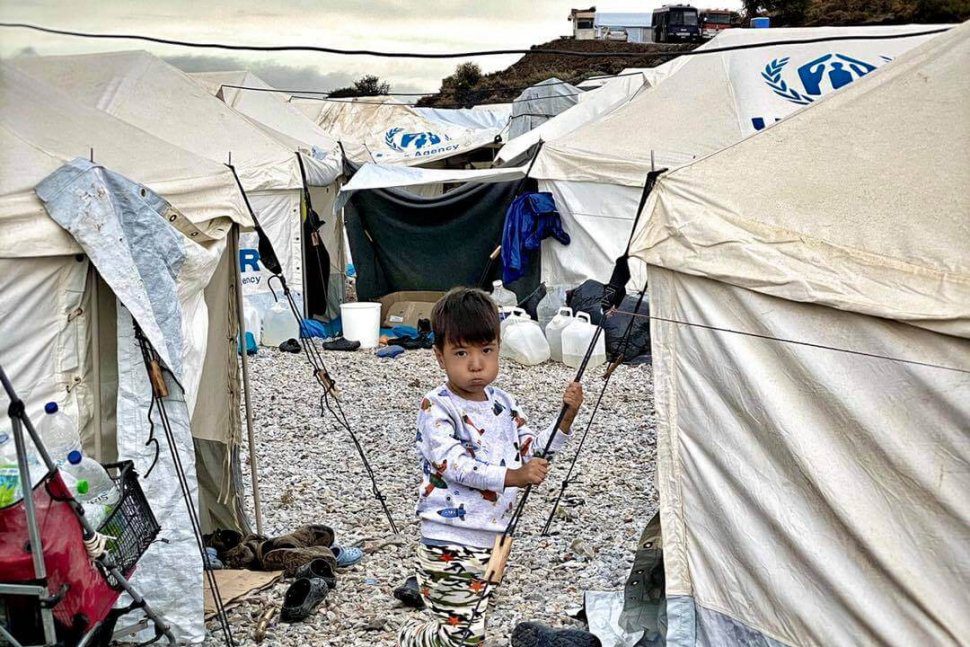 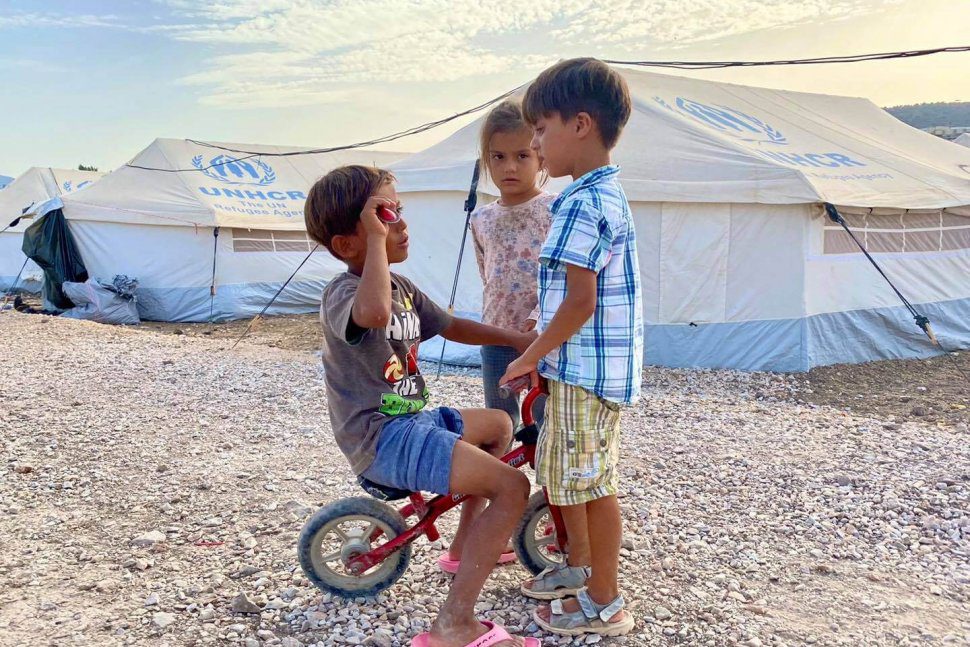 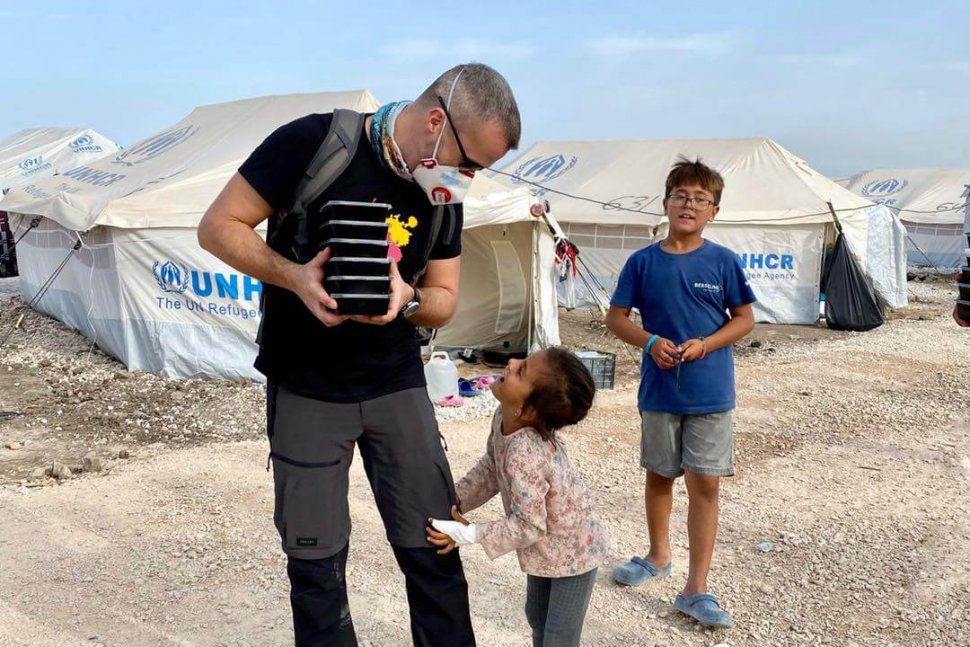 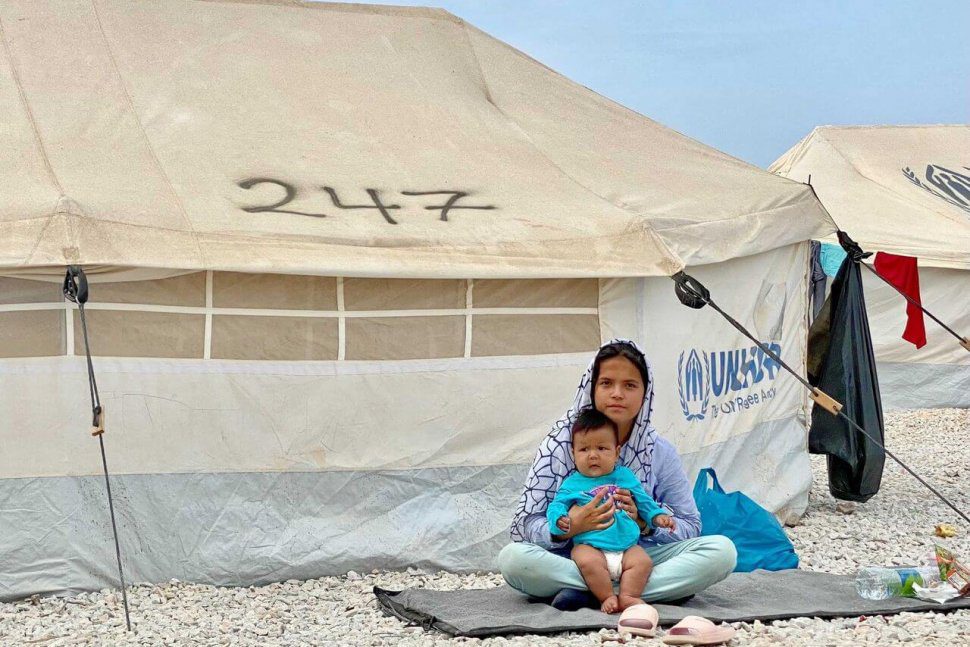