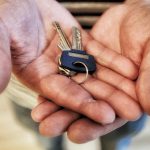 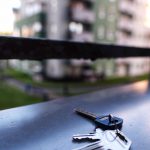 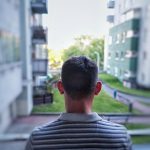 An apartment for a person in a homeless crisis (1 month)

Last year we met Ania Jastrzebska, a trauma therapist and street worker. She helps homeless men knowing full well that behind the alcohol abuse, cold and hurt bodies there is real trauma. Medics on the Street, an organization she runs, have a mobile ambulance they set up a few times a week by the Warsaw Central train station, where they take care of homeless people. They also talk to the homeless population to try to work out where their problems stem from. Ania brought our attention to Wojtek who became homeless after a string of terrible misfortunes that overwhelmed him. When she was dressing his wounds for the first time, he mumbled, dazed from the pain: “I, a soldier of the Polish Army, swear to faithfully serve the Polish Republic and defend its independence and borders.” His story was featured in a December edition of Newsweek in an article about homeless veterans. Wojtek put his faith in Ania and agreed to therapy. He decided that he did not want to continue running away from his problems, and we at Good Factory decided that we can’t have him live in shelters and train stations any longer and rented an apartment for him. Remember, housing first.

So far, we’ve been only able to house one homeless person but Ania knows many more people in dire need of housing.
As you can see, this program works. The rules and time period for which the apartment is made available are determined based on participants’ individual needs. They are required to make partial rent payments, with the end goal of eventually being able to pay for rent in full without our assistance.

Renting a studio in Warsaw costs about 2,000 PLN. We are looking for 100 people willing to donate 20 PLN through our GoodWorks 24/7 store by adding the “Apartment for a person in a homelessness crisis” donation to the shopping cart. 100 people is all it will take to give Wojtek peace of mind and help him get back on his feet by providing a sense of safety so that he can become independent. We believe in the power of your donations and hope that you will help us provide housing for even more people in need.